Hola, amigos. Been a long time since I talked about toys. I hadn't bought many until recently. I preordered a wave of Generations a while ago and it came in a few weeks ago. I got some other figures before that but I'll get to those later.

So, Windblade! Finally! The fan created, girl robot, comic book superstar. And Arcee still has a few months before getting her generations figure. Poor Arcee! 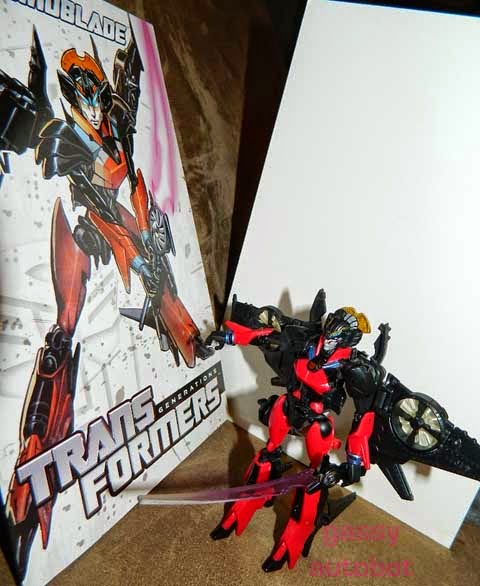 The good: pretty neat figure. The bad: kind of a flimsy figure. Her heel can fold if you just touch the rear fin it's attached to, so she's not the sturdiest toy. Otherwise, considering those large wings, she still manages to stand well. The fans on the wings can turn (so her alt mode is a VTOL kind of jet) and that's one of the best features.

I don't have much else to say on her. 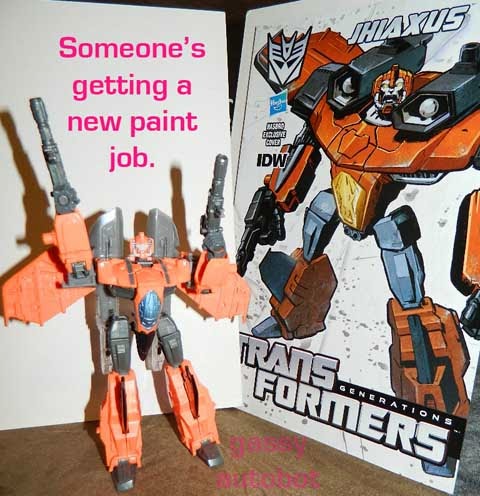 Nightbeat: I didn't like "idw" Bumblebee/Goldfire figures, and I'm still...meh. Like Jhiaxus, this is a new Generations figure, and he looks to be a prominent character in MTMTE. I guess it's not as bad as I thought the Bumblebees were (in my opinion). As for the weapons: w.t.f. What are these? Combined, separate, they look terrible. I think the best feature is the headsculpt. Not a bad looking vehicle either. 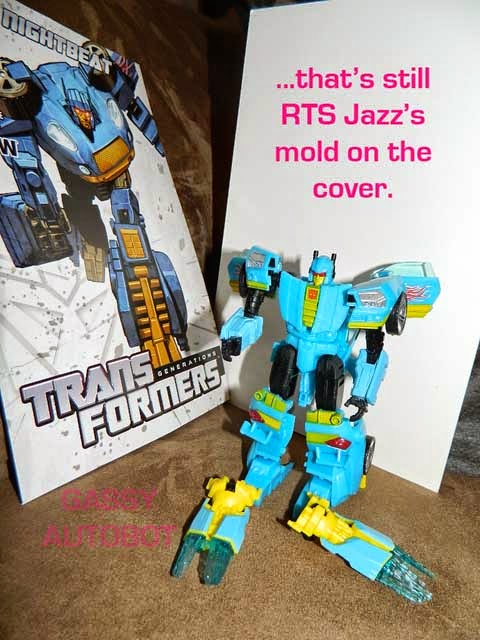 Crosscut: this ended up being the best figure in the wave, but that's my opinion. Obviously I'm a fan on Skids' mold. The paint job here is pretty amazing, mostly for the shiny red bits. Why couldn't they make a few tweaks to Jhiaxus? 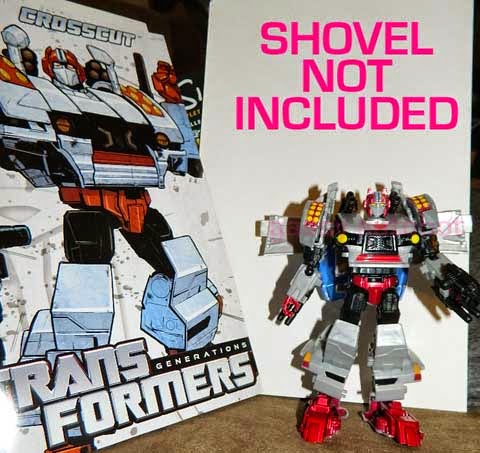 None of the figures have light piping for eyes. I don't think the wave is a letdown in any way, as some great characters (even the fan made gimmick) got figures, so that's a plus. If it was "armada Skywarp" instead of Jhiaxus, I would have passed. My collection is basically Generations versions of G1 and IDW main series characters, so these fit well.

That's it. I'll get to some some actual G1s I picked up in my next post.
Posted by Unknown at 2:45 PM